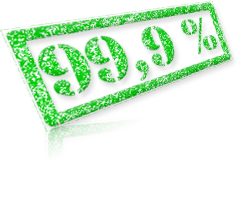 High availability (or High Availability, has) is a design of computer systems and the implementation of the Protocol to ensure a certain degree of operational continuity in a measured time.

Some people say also that when a system, despite being available, has a long response time than usual and do more difficult, although slightly, the access to information either that there is high latency or the system is overloaded, it is said that the system is not available too.

The term used to express the time that a system is not available, it doesn’t matter for the reason, is downtime.

Downtime is the time, as we have seen before, whereby a network service is not available. We can have two types of downtime, according to his origin.

Calculate the availability of a system

Availability is usually expressed in a percentage of time (in minutes) in a year. The calculation is like that:

Where: “Mi” are the minutes of downtime in a year.

This result should be as closer as possible to 100%, values most common tend to be:

Operating time is not equal to the availability time. Because a system may be operating but not available due to a failure in the network services.