"Don't open the door to strangers". Here why

"Don't open the door to strangers". Here why

It is common to see the image of parents telling their children to not open the door to strangers. As well, now, after seeing his security camera recordings, an inhabitant of Morganton, Carolina of the North (USA), is happy making case to their instinct to follow that advice to herself. 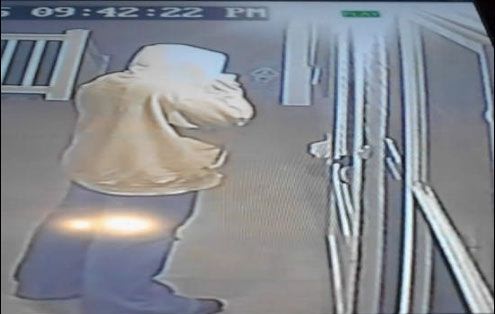 The woman, who prefers to remain anonymous, told WBTV on Thursday last, around 9:30 PM, a strange was presented at his home. After trying to open the front door without success, it began to ring the doorbell.

After hearing the noise, the owner of the House went on the porch lights. "He said: 'I am'", as the owner told WBTV. "' My boyfriend left me." We have fought and I need to use a phone ' "."

The owner of the House refused to open the door and finally left the strange. While talking to her through the door he saw no one more with the wife, but later, after seeing the surveillance camera recording, he realized something terrible: else – with a mask had type Scream-down at the bottom, under the stairs of the main entrance. Also appeared another person down the stairs a minute later.

The impact was so after watching the video could not sleep all night, as he explained to WBTV. He wondered what would have happened if I had opened the door. 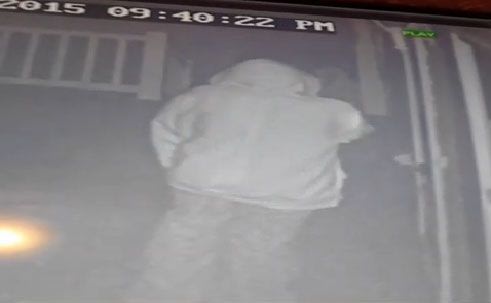 He also said that he wanted to share his story to raise awareness of the importance of not opening the door to people who we do not know.

"Don't open the door to strangers"

In the case of parents that occasionally leave their children alone at home, it is important to talk with them and explain the important thing is not to open the door to strangers. Dr. Sherryll Kraizer is founder and Director of Coalition for Children, a non-governmental organization which works for the prevention of child abuse and interpersonal violence. She is also author of The Safe Child Book. Although this may be surprising, he says that children should not act as if there is no one at home. "If you are someone who wants to enter to steal normally rings the Bell before", explains Yahoo Parenting. "So you must not pretend to be absent."

Kraizer adds: "it is recommended that the child near the door but not to open the door to strangers. No matter who you are, or the reason that you can say something like: ' my father is working at home and does not want to be disturbed. Again later ' "."

The doctor advised to play the game of ' what if ': "Is a game that consists of asking a question and then talk about the answers". For example, asks: "what would do if you were just at home and someone touched the ring?". Then would have to assess the various options to see the reaction of your son and tell what is safer for it. "And what happens if the stranger tells you: 'I've had an accident, I am hurt and need help'?", continues Kraizer. "Your child can respond: 'Okay, I'll call emergency', but without opening the door." When you listen to 'emergencies', if his intentions were bad, you leave".

Some strangers can also tell that they bring flowers for MOM and needing a signature. Instead of opening the door, the guy can respond to leave flowers outside or to return later for the firm.

This game not only is good for its security, but it makes them think for themselves. "It's that you trust your ability to think quickly and resolve situations," explains Kraizer. "Thus fear it could become a source of empowerment".